As much as I hate to admit this, it takes a certain kind of man to date and be in a committed relationship with a motherless woman. Yes, we’d hope that you will be there for us as any boyfriend or partner would, however there are a few more things we secretly want from you. Personally, I don’t expect anything more or less from my mate, but the mere fact that he does things without my asking or alluding, makes me feel extra special like my mother would have.

My mother and I had a rare, yet special kind of relationship. I am a product of an ectopic pregnancy and for those of you who are unaware of this birth type, it’s where an egg gets fertilized outside of the uterus and instead, latches itself onto the fallopian tube making it an extremely difficult pregnancy. In most cases, the woman either has an abortion or she simply miscarries, and in other cases, the fetus gets removed surgically. I was lucky! For months my mother endured massive amounts of pain, bleed as though she was menstruating, got tested for pregnancy and even thought it was fibroids or cancer, but she continued to get negative results. None of the nurses or doctors she had seen knew what it was. Eventually, a visiting American doctor performed a blood pregnancy test on her and found out that she was in fact, six months pregnant. Medicine in the 80’s was no where as advanced as it is now and thank God for that! Anyway, her health deteriorated and quickly, too. She became temporarily blind, was in a coma, had issues from water retention and at risk of losing her life as well as her baby’s. Both my grandma and father lamented on possible funeral arrangements because my mom was in such bad shape. Although the doctors initially planned on performing a c-section, they eventually delivered a healthy baby girl, vaginally. As per my mom, I looked like a rabbit. After about two weeks she was out of her coma and visually paired, and when the nurse brought me in to see her, mom had no idea she had given birth to a little pink hairy baby. Long story short, her health progressed and she was able to take me home, but only after she turned down the adoption request from the doctor, who delivered me and saved her life.

I was loved. If there was such a thing as loving your kid too much then my mother would win every award. She cherished me and I think it really had to do with her struggles while being pregnant with me. She was by far the most over-protective, most over-bearing, most strict, most passionate, most emotional, most pathetic parent ever, but she was great! To this day, I strongly believe that my birth played a role in the way I responded to her demands. I was very willful. Yes, she is my mother, however I never understood where and why her passion toward me was so strong, so I became an unwilling participant in her charades. I grew up strong-willed; blame it on her uterus for not opening up to me, but I was defiant and that drove her mad! There were days when my mom and I would battled like we were opposing soldiers and no, I am not proud of that, in fact I wish I could go back in time to change it. With every demand I asked a question, with every question I made a statement, with every statement I gave a response and when I have had enough, I would run out of the backdoor and head straight up the hill to my grandmother’s house. No one understood how and why a three-year-old had so much grown-up qualities and traits. It was for that very same reason, my mom sent me to school at two years old. In the weirdness of it all, I was more well-behaved at school than I was at home, and this continued throughout my life. The battles never stopped because my mom was a militant, partly from her training in the militia in her native country, Grenada, and from her love and dedication as a mother. All of which I did not fully understand until my early to mid twenties. By that time my mother and I had began a mutually respectful mother-daughter relationship.

Although I was testy, I was still treated like her baby and I am, however she never stopped doing the little things she knew would bring a smile to my face. I admit that I was spoiled-rotten! My mom would prepare whatever I wanted, did most of what I had asked of her, and cradled me when I needed her to. Whenever I became ill, she’d treat me like I was her queen, and I loved it! Even after her health started to decline, my mom took the time to prepare dinner, she continued to hug me at nights and often expressed to me that I was the apple of her eyes. The best part of my days was waking up next to her and being greeted by the warmth of her hands on my back. It didn’t matter what time I came home from work or play, my mom waited up for me. I’d simply get into my pajamas and hop on in bed right next to her. I started out my life as a daddy’s girl and ended up a mommy’s girl. My mother was beautiful as the heart she was blessed with. I remember how she loved taking in and caring for other people’s children. Any child who passed by looking frumpy and untidy, she’d take him or her in and would feed, bathe, clothe and put that child to nap until the parent(s) came home (it’s very common to do this in the islands because of their “village” mentality). My mom was loved and revered, some might even say she was a force to be reckoned with. She cared a lot about people and based her life off of charity, a trait passed on from my grandma, and she used her sense of care as a vehicle to enter the nursing field. My mother was the greatest! She made a lot of sacrifices and instilled in me the value and importance of love and charity.

After reading the article, “What It Is Like to Date a Girl Without a Mother” from the Huffington Post, I felt compelled to share my own thoughts on the subject matter. You see, I lost my mom a few years ago to a massive stroke, which was brought on by her complicated medical history. It was the most traumatic time in my life and all of the previous moments where I felt as though life was unkind to me, simply vanished. That dreadful day surpasses every single hardship I have encountered so far. There is nothing more difficult than hearing a doctor say to you, “I’m sorry, but we’ve done everything we could to save her.” Excuse me, “no, you haven’t because she’s dead!” This was my initial reaction, which was followed by my bellowing and the entire 9th floor of the Brookdale Hospital in Brooklyn, stepping out of their rooms and nursing station to find out where the noise was coming from. Anyway, for the duration of that week and the better half of the year, I was tried and tested and all I wanted to do was give up because the closest person to me in this entire world was no longer here. I was alone and without guidance, and my life as I knew it no longer existed. I was hollowed and broken! My coworkers and close friends helped me to see and think straight again.

Many years prior to my world’s end, I met a boy back in college, who left a lasting impact on me and who I was to become. Neither of us was perfect for the other because of our differences in nationality, race, weight and the likes, but we had a connection that was proven and continued to be tested over time. Eventually, we went our separate ways. There was never a dull moment though because whenever I came home on breaks from college, somehow we found a way to get together (we each had a soft spot for the other) then we would go our separate ways again. Not until my mother’s death did we become a couple, a real couple. By the time my mom passed away, we had both matured, had steady jobs and I had started seeing the bigger picture of life after death. So, I made the decision to move on with my solo life. We took a chance and dated for what it’s worth and found out that we have always enjoyed each other’s company, and that was the thing that kept us coming back to each other. Although we still had our issues, like everyone else, we consciously made the decision to continue our courtship. This April marks our 4th anniversary.

I love and care about this man almost as much as I do my parents, which translates to a lot. Either way, we continue to further what we have due to our love, commitment and adoration for each other. Listed are a few things that every guy should consider when he enters into a relationship with a motherless woman. 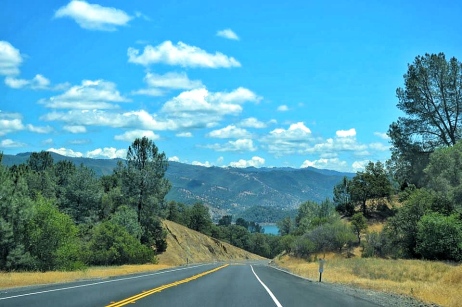 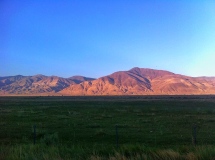 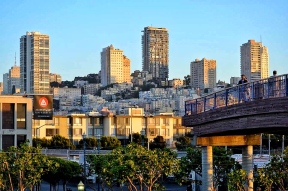 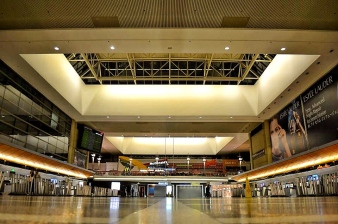